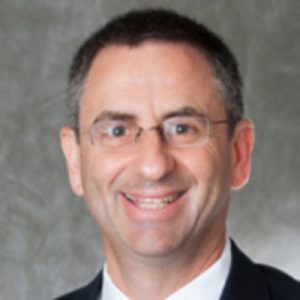 After graduating from Harvard College with a degree in economics, Michael Schindler, M.D., headed “west” (actually, mid-Massachusetts) to earn his medical degree at the University of Massachusetts in Worcester. While in medical school, he married his childhood sweetheart Susan, a speech pathologist for Montgomery County Schools. He completed his internal medicine training at Johns Hopkins Hospital where his son, Adam, was born. He returned to the University of Massachusetts for his gastroenterology training where his daughter, Shari, arrived on a snowy New England day.

Dr. Schindler takes great pride in the accomplishments of his children and enjoys watching his youngest daughter, known as the family’s “triple threat,” perform locally with the Musical Theater Centers performing group Upbeat Unlimited. Having grown up outside of Boston, he maintains his allegiance to the sports teams of his youth, the Boston Celtics, New England Patriots (played for the pep band in high school) and of course the Boston Red Sox. (After attending the World Series games in 1967 he returned to Fenway for the World Series in both 2004 and 2007 and can now “die in peace.”) The Washington Capitals are his only local sports favorite and he’s hoping to hoist the cup with the Great Eight. He remains active skiing, spinning and playing golf whenever possible. The latest family edition is a four pound Yorkshire terrier, Pixie.

Member of Crohn’s and Colitis Foundation of America